The role of the Lieutenant Governor has been in existence since before Alberta became a province. 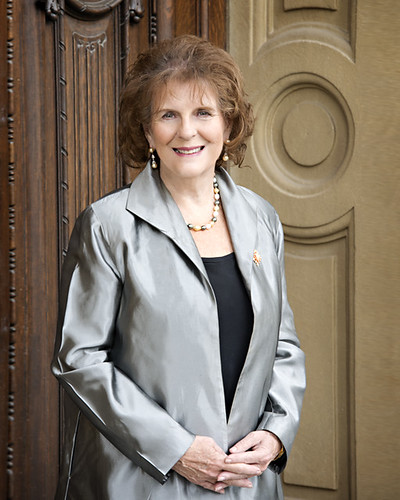 Her Honour began her tenure as Alberta's 18th Lieutenant Governor on June 12, 2015. She came to the role following a long career as a businesswoman and service as a member of Alberta's dedicated corps of community volunteers.

Lieutenant Governor Ethell’s Vice-Regal tenure came following a long and distinguished career as a highly decorated officer of the Canadian armed forces as well as civilian service as a military advisor and volunteer with humanitarian causes.

Alberta’s first Lieutenant Governor of Chinese heritage. His 13 year football career included four Grey Cups and over 30 CFL records. After retiring from football he enjoyed a successful career in business and real estate.

A successful businesswoman, best-selling author, education advocate and community supporter. She also served as U of A Chancellor and was the second woman in Alberta's history to be Lieutenant Governor.

Horace Andrew "Bud" Olson was a farmer, rancher and merchant who also served as a Member of Parliament and federal Minister of Agriculture before becoming a Canadian Senator.

A farmer who also served as a Member of Parliament for 16 years and as a leader in community affairs in his hometown of Red Deer and at the provincial level.

Known primarily as a rancher, he also served throughout the 1930’s with the South Alberta Horse and later as a Councilor for Municipal District #9 (Pincher Creek).

The first person of Aboriginal heritage to be appointed Lieutenant Governor in Canada.  Was a founding member of the Alberta Wheat Pool and was active in politics and Aboriginal affairs.

Was well-known as an agriculturalist and historian and also served as Mayor of Calgary, and as an MLA and Leader of the Alberta Liberal party.

Was a teacher and coach of the famous Edmonton "Grads" women's basketball team prior to taking the office. Also served as an MLA and Leader of the Opposition.

The only clergyman to hold the office to date and also the longest serving. He was the only Alberta Lieutenant Governor to decline Royal Assent and the last to live in Government House.

Enjoyed a distinguished career with the North-West Mounted Police prior to his appointment. He was the first Lieutenant Governor of Alberta to die in office and his was the first state funeral in Alberta history.

A lawyer by trade, his tenure is associated with a minor constitutional problem created when Premier John E. Brownlee failed to name a successor upon his resignation. The Government Caucus chose Richard Reid but he refused to accept this choice until Mr. Reid was able to prove his ability by forming a Cabinet.

Was a medical doctor and Calgary City Councilman prior to his appointment.  Following his service as Lieutenant Governor he joined a grassroots movement organized to oppose Social Credit.

Was a medical doctor, member of the Northwest Territories Legislative Assembly and newspaper publisher before becoming Lieutenant Governor.

Alberta’s first Lieutenant Governor and the youngest person appointed to that office, at the age of 47. Credited with playing an important role in the early history of Alberta.