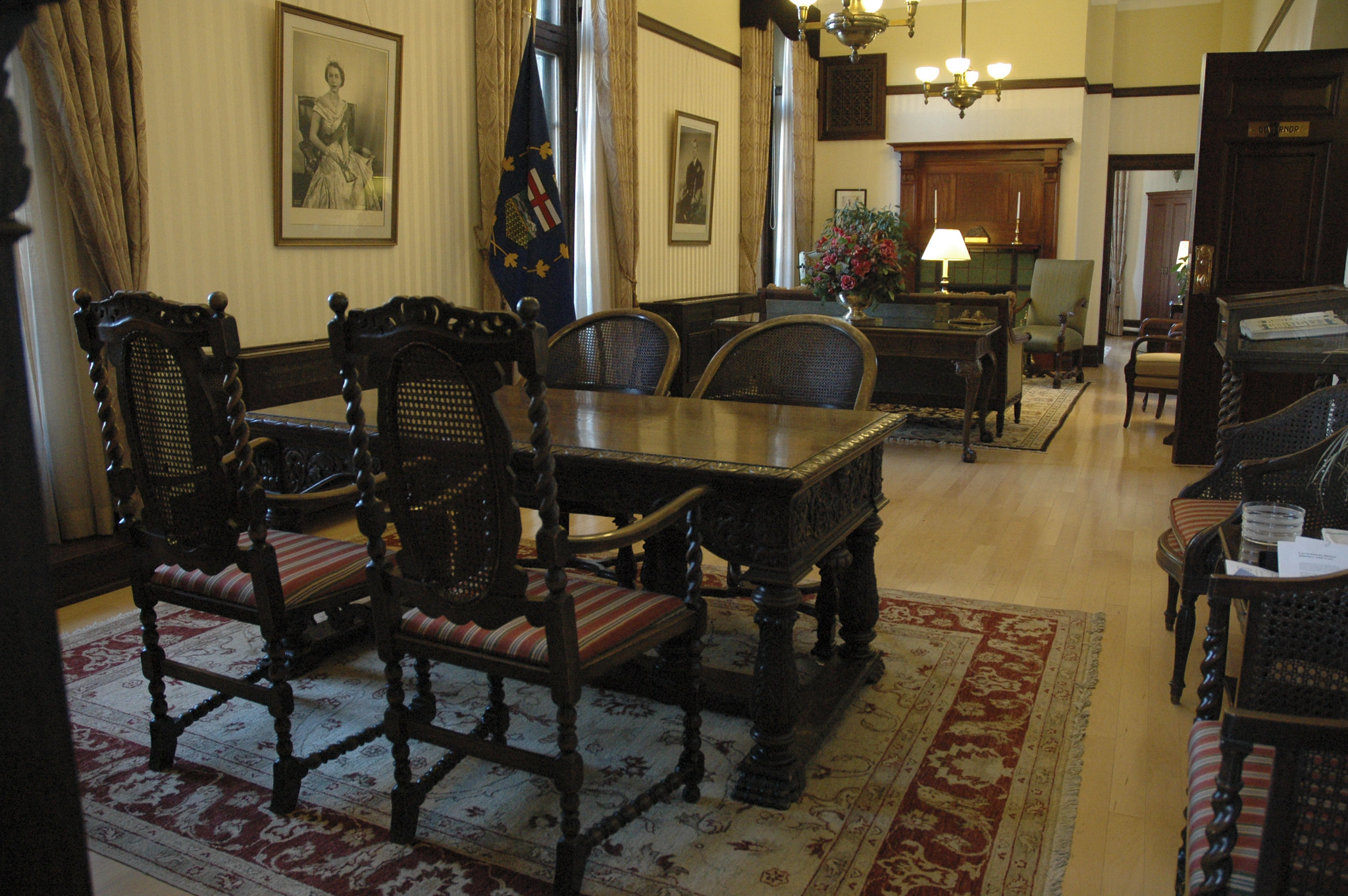 The carved furniture found in the suite is original to the building. The carvings include crowns as well as lions, which are emblematic of royalty. The bookcase and table are a set and feature carvings in the style of the Italian Renaissance.

Prominently featured are two large photographs of Her Majesty and the Duke of Edinburgh, which date back to 1955. The photographs, which face visitors entering the suite, are originally signed; this is rarely found in existing collections.

The Official Guest Book sits in a display case just inside the entrance to the suite. All visiting dignitaries and special guests of the Lieutenant Governor are invited to sign the book. The book dates back to the New Year's reception of 1935 and includes the signatures of Her Majesty Queen Elizabeth II, all of Her Majesty's children, all of the Governor-Generals of Canada since 1935, King Hussein of Jordan, Queen Marguerite of Denmark and many others. The special pages inserted for guests of honour feature unique calligraphy and artwork that reflect heraldic traditions.